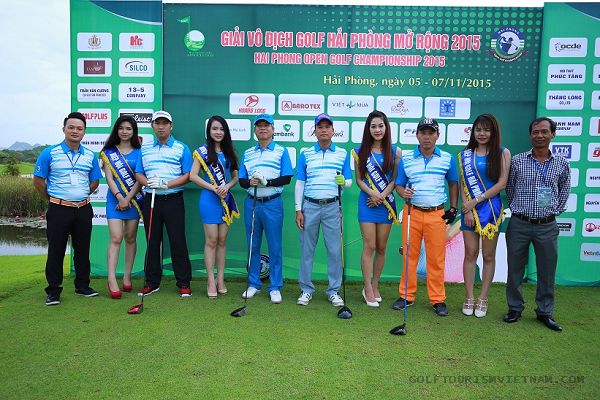 On the final day of competition, golfer Doan Van Nam did a great job to be the winner of the 7th Hai Phong Open Golf Championship with a total score of 77.

After the first two days of competition, with a total score of 164 (82-82), Doan Van Nam ranked 4th in the top-20 list to compete on the final day. He needed only 77 strokes to finish the last 18 holes to keep the trophy back to his hometown. In the last year’s golf championship, golfer Doan Van Nam ranked 2nd of A Division.

The Hai Phong Open Golf Championship 2015 took place at Hyundai Song Gia Golf Resort from November 5th – 7th, 2015. This year is the 7th continuous year the championship has been held make it one of the most successful golf championships in the North of Vietnam. The event attracted 120 golfers from developing golfing provinces and overseas Vietnamese from the United States.

At the A Division (HDC 0-9), the paticipants competed in 3 days, after first two days of competition, top 20 golfers played at the final round to find the new winner of Haiphong Open Golf Championship.

During the championship, the organizing board raised more than 65 milion dongs to help communities in difficult circumstances.

Vietnam – Destination For The High Season

Sai Gon Notre-Dame Basilica – Things you may not know