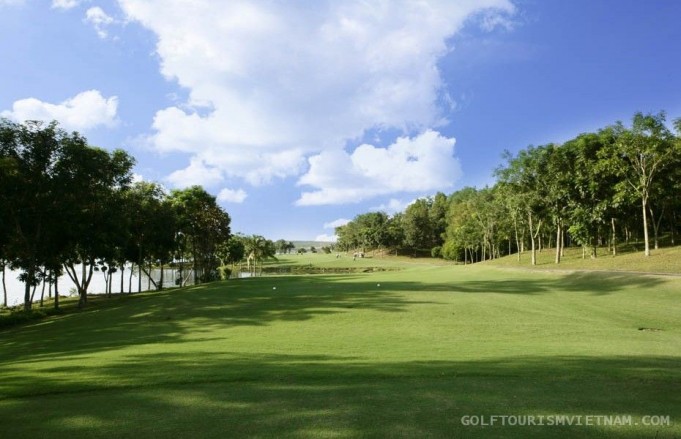 With its 220 estimated Vietnamese and foreign attendees, this is the largest golf championship of Dong Nai Golf Club in 2015. This will not be an opportunity for golfers to exchange learning experience with one another but also a chance to win very valuable prizes.

Players will play 18 holes stroke play based on their official handicaps. The shotgun start at 11:30 and the awards ceremony at 18:00 on the same day.

Lucky golfer who hits hole-in-one at hole #A6 can get the key of a Mercedes-Benz car. Other prizes such as nearest to the pin, longest drive, most accurate drive are waiting for the most experienced players.

With the desire to bring the highest success for the tournament, the organizers and the coordination unit have prepared very carefully in all aspects.

The championship is also a qualifying round of Mercedes Benz Trophy – one of the world’s most prestigious amateur golf tournaments. Last year, over 6,000 golfers in Vietnam participated in the annual event sponsored by Mercedes-Benz Vietnam. After two final rounds held in the North and South, top 7 golfers were proud to compete at the Asian Finals in Australia. Golfer Nguyen Truong Giang scored 65 net stableford points to be one of the best golfers at the Asian Finals. He became representative of Vietnam at the Mercedes Trophy World Finals which was taken place from 1st -6th October at Stuttgart, Germany – birthplace of the automobile and home of Mercedes-Benz. The 31 best teams qualified for the highlight, staged in the home city of the brand for which it is named, from a starting line-up of over 60,000 participants in over 60 countries.

The team from North Asia, with Nguyen Truong Giang and golfers from Hongkong and Taiwan, were the winners of this year’s Nations Cup, with a total of 199 points. Second place went to the team from New Zealand with 195 points followed by the team from Germany with 192 points.

How To Choose Your Best Ball

Vietnam – the undiscovered golf destination of the world