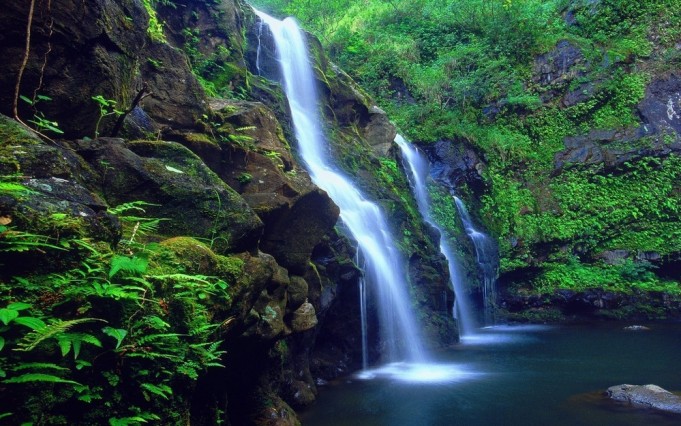 Located about 500 km South of Hanoi in Quang Binh Province in the North Central Coast region, the National Park is one of the world’s two largest karst regions with 300 caves and grottoes. The other place is the vast Nullarbor Plain straddles the border of Western Australia and South Australia.

The Phong Nha-Ke Bang National Park has recently been honoured the Mekong Tourism Alliance Awards with the title Most Attractive Tangible Heritage of 2015.

(Mekong Tourism Alliance Awards (MTAA) is organised by the Tourism Ministries of the five countries Cambodia, Laos, Myanmar, Thailand and Vietnam to celebrate the brightest tourism stars in the region.)

Additionally, in July 2015, Phong Nha-Ke Bang received its second UNESCO recognition. The first time was in 2003 for its geological and geomorphologic values. The second recognition, which was passed at the 39th meeting of the World Heritage Committee in Bonn, Germany. The second recognition is based on the park’s stunning biological diversity, resplendent landscape and resulted from local officials’ efforts of concerned agencies and local people in preserving the park’s great values.

The park derives its name from Phong Nha Cave which is the longest wet cave or river cave in the world and Ke Bang forest. The extremely large subterranean river system is running through the entire cave, however, there are some large dry chambers in the cave which the water doesn’t reach anymore.

In April 2009, a group of cave explorers from British Caving Association conducted survey in this park and adjacent areas. The biggest chamber of Son Đoong is more than five (5) kilometers in length, 200 meters high and 150 meters wide. With these dimensions, Son Đoong overtakes Deer Cave in Malaysia to take the title of the world’s largest cave.

In the past, access to the national park was limited and strictly controlled by the Vietnamese military. Until now, the Phong Nha Ke Bang National Park hasn’t opened yet. The military has a presence within the park where is close to the Laos Border, and the park has one of the highest concentrations of unexploded ordinance (bombs) in the world.

Phong Nha-Ke Bang has now become well known as one of the most beautiful and interesting areas of Vietnam. Tourism in the area is booming, and the choice of transport, eateries, accommodation and tours improves all the time.

Phong Nha is an easy day trip from Hue – the city in the central of Vietnam. Many people choose to travel from Hue to Phong Nha by bus because of the many interesting sight to see along the way.

The caves are the region’s absolute highlights, but the above-ground attractions of forest trekking, the area’s war history, and rural mountain biking means it deserves a stay of around three days.

How To Play Golf In The Wind