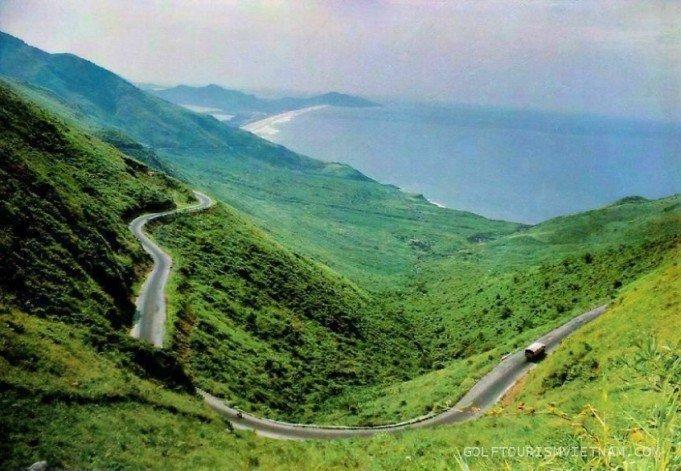 A great driving route doesn’t always have to mean an epic road trip. Get behind the wheel to Hai Van Pass of Vietnam and you’ll enjoy the experience of stunning views and winding roads.

The Hai Van Pass (Ocean Cloud Pass) is an approximately 21 km long mountain pass on National Route 1A on the border of the central city of Da Nang and Thua Thien–Hue Province.

Its name refers to the mists and low cloud that rise from the sea surface, reducing visibility. The pass crosses over a spur of the Truong Son Range juts into the East Sea, forming the the Son Tra Peninsula.

In April, 2015 The Guardian – one of the United Kingdom’s leading national daily newspapers listed Hai Van in the Top 10 world’s most scenic drives along with extremely well-known drives such as The Loneliest Road (US), Road to the Isles (Scotland) where has the Jacobite Steam Train that renowned for its role in Harry Potter films…

Let’s see what the Guardian wrote about Hai Van Pass: “visited for a Top Gear special in 2008, the “sea cloud pass” is a 13-mile road running alongside the Annamese mountains on the edge of the South China Sea. Travellers can hire motorbikes or cars to ride the pass as part of a one-day loop. At the top you’re rewarded with stunning views. As the now former Top Gear presenter Jeremy Clarkson put it, the road is: “A deserted ribbon of perfection – one of the best coast roads in the world.”

With the peak of 500m, this is the highest pass along the coast of Vietnam. The winding road over the pass has the lush jungle on one side and the sea on the other, and from far away it looks like a ribbon between sky and clouds. To get the top of the pass you should be a good driver as the pass is listed in the top most challenging passes in Vietnam with numerous sudden curves and blind corners.

Despite this challenge, tourists to this pass will be stunned by its spectacular scenery and the harmonious beauty of the clouds, mountains and sea. On sunny days, the pass is a great place for dazzling panoramic views over Da Nang, Son Tra Peninsula and the picturesque endless white sandy beaches. Since the completion of Hai Van Tunnel, traffic flow and safety have improved.

On the top of the pass are the vestiges of long ago, a fortified gateway as the pass was a physical division between the kingdoms of Champa and the old Vietnam kingdom.

The best way to do this ride is to get an early start and take the Hai Van Pass all the way between the two cities, spending a couple of nights in either Hue, Danang or Hoi An before the return journey.

Vietnam – Destination For The High Season