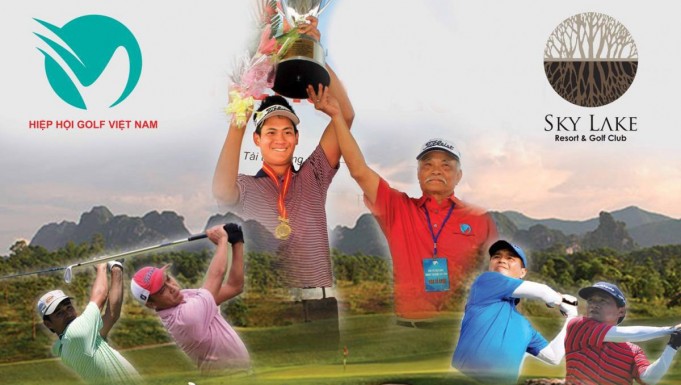 The Championship will be taken place from November 26th-29th, 2015 at Sky Lake Golf Club, Chuong My, Ha Noi with the participation of 120 Vietnam’s leading golfers.

This year’s championship is also the qualifying round of the Ho Tram Open 2015. 4 amateur golfers and 6 non-amateur golfers together with the Vietnam’s No.1 golfer – Tran Le Duy Nhat to compete in the Asian Tour sanctioned professional golf event in Vietnam.

The organizing board invited Mrs H.K Fah and Mr. H.Y.T Alan to be the referees of the championship. They are two international golf referees who have the R&A level 3 certificates and have been the referees of Asian Tour and European LGPA Tour for many years.

The first Vietnam amateur golf championship was held in 2008, the winner was 19-year-old golfer Tran Le Duy Nhat, who is widely regarded as Vietnam’s No.1 golfer. In the 2013 championship, young golfer Do Le Gia Dat won the first prize but 15-year-old golfer – Truong Chi Quan surprised everyone by his talent, he was expected to be one of the strongest golfers in future. Just 1 year later, in the 2014 championship, Truong Chi Quan beat all older golfers to be the Vietnam’s No.1 Amateur golfer.

This year’s championship is the meeting place of many strong golfers.

Nha Trang – A Paradise On Earth