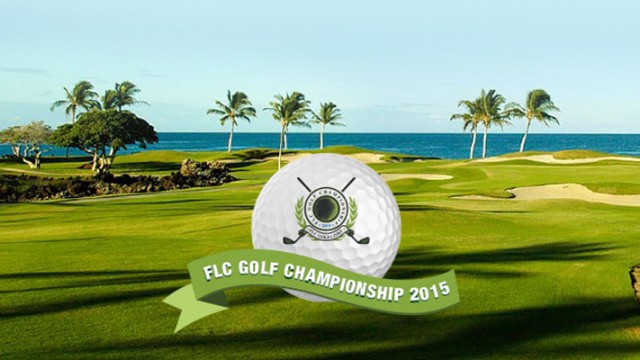 October 21, FLC Samson Golf Links held a press conference to announce its annual golf tournament this upcoming November 14-16 at its course in the central province of Thanh Hoa.

More than 1,000 professional and amateur golfers have registered in the FLC Golf Championship 2015. The tournament is expected to become the biggest golf tournament ever held in Vietnam.  According to president Trinh Van Quyet of FLC at the press conference, the total purse of the tournament is US$4.5 milion (100 bilion dongs). Especially, winners of all par 3 holes will be awarded a VND 5-bilion villa in FLC Residences Samson, a VND 3-bilion car as a hole-in-one prize.

Because the number of golfers will play in the Championship is dramatically increasing, the organizing board decided to add one more day of competition to create more opportunities for golfers to compete.

This annual tournament, organised by FLC Group, will take place at the FLC Samson Golf Links – the first golf course designed by Nicklaus Design in Viet Nam. This is the fourth year, the Championship has been held in the only golf course in Thanh Hoa province. In the 2014, FLC Samson Golf Championship attracted more than 300 golfers from all over the country and donated more than 150 milion dongs to charity funds for students in the mountainous areas in Vietnam.

This year, the organizing board hopes to raise enough funds to build six cultural houses at the Quang Cu Commune in Thanh Hoa Province and donate VND150 million to the “Rice with Meat” charity fund to helps poor students in mountainous areas in Vietnam can have more ‘meat’ for their meals.

FLC Samson Beach & Golf Resort located 170km down to the South of Ha Noi, it has an unique location, between the Ma River’s mouth and the scenic East Sea. FLC Samson is the biggest golf course – resort – hotel complex in the Central of Viet Nam with the total investment of 260 million USD. Covering 450 hectares, the newly opened FLC Samson Beach & Golf Resort features a 18-hole golf links course which is set to be one of the most beautiful, modern and challenging golf course in Vietnam.

My Son Sanctuary – A Masterpiece Of Cham Architecture