This is the annual golf tournament of Golf Today Magazine, was first held in 2008 with the League’s premiere event Magazine released the first issue. After 6 years, the tournament has become a popular destination for golfers in Viet Nam.

The golf tournament this year is expecting 144 golfers who are businessmen, locals and foreigners, according to the organizer. Golfers will be divided into 5 groups: A, B, C, Callaway and Ladies. In addition to the usual prizes such as: Best Gross Prize, Prizes for 1st 2nd and 3rd for each group, longest drive, closet to the pin and straightest drive, hole-in-One prize is the most special attraction of the golf tournament as it offers the prize worth up to a few bilion dongs for the luckiest golfer. There are only 3 golfers have won this prize: golfer Pham Hong Phong became the first golfer to win the hole-in-one prize in 2011, golfer Ngo Truong Da and Nguyen Quoc My did the same thing in the next two years.

Mr Phan Trung Hoai, vice president of SGGA  – the editor of Golf Today Magazine said: “ Ngay Nay – Dai Phuc Group Cup 2015 is a chance to show our appreciation to partners and Today Golf Magazine readers in Viet Nam who have supported to the magazine for a long time. This is also an opportunity to take a moment to look back through the past 6 years, thanks to the great support from the readers, we’ve achieved some amazing things. And now it’s time to look forward to the future for the development of golf in Vietnam. Unlike previous years, the tournament was held in July, Ngay Nay – Dai Phuc Group Cup 2015 will be backdated to September when the weather is better.”

About the Viet Nam Golf and Country Club

The West course was designed by Taiwanese architect Chen King Shih and first opened in December 1994. The Par 72 Championship Course hosted the Vietnam Open (Asian PGA Tour Event) in both 1995 and 1997. 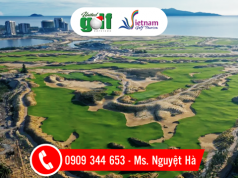 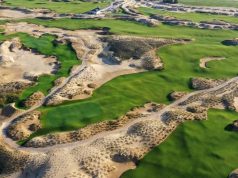 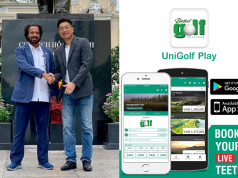