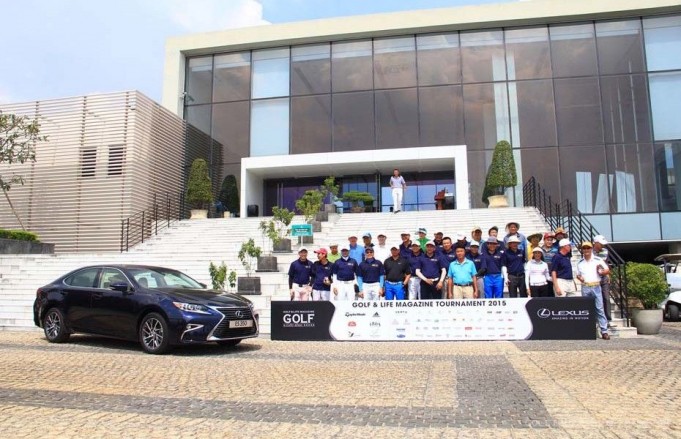 This year’s event attracted a lot of southern amateur golfers competing in three divisions: A (HDC 0-15), B (HDC 16-28) and C (HDC 29+ and no HDC golfers). Beside the best gross prize, 1st 2nd 3rd for each division, there were many other prizes such as nearest to the pin, longest drive and lucky draw.

Attending the championship, golfers had not only opportunities to exchange learning experience with one another, conquer challenges of one of the Asia’s most beautiful golf courses but also a chance to win the Hole-in-one prize which is a Lexus ES350 worth 2,7 bilion dongs (US$121,300).

The good weather during the competition created favorable conditions for golfers to show all of skills but the difficulty of Twin Doves caused a large setback to the game and discouraged the ambitious golfers to win the Hole-in one-prize. If Tiger Phuong – the Vietnamese golfer who had 14 Hole-in-one swings had had a little bit more lucky, he could have added another HIO prize in his collection. Others prizes include a Vertu mobile phone, Lucky Star diamond ring, cash, and an ancient Scotland golf stick for each winner.

The award ceremony took place in a very friendly and warm atmosphere at the Club house on the evening of the same day.

With the convincing and stable performance, golfer Pham Minh Hong won the best gross prize with the total score of 76. Beside the valuable prizes for the best golfers, the trophy for the winner is very special, that’s a wooden shafted golf club from Scotland – where  is considered the birthplace of golf.

The Twin Doves’s event is the last championship in 2015 within the chain of events marking the 10th anniversary of the Golf and Life Magazine as a “thank you” from the management to golfers and readers for the companionship and supports that have greatly contributed to the development of the magazine for 10 years.

The Diversity Of Vietnam Golf